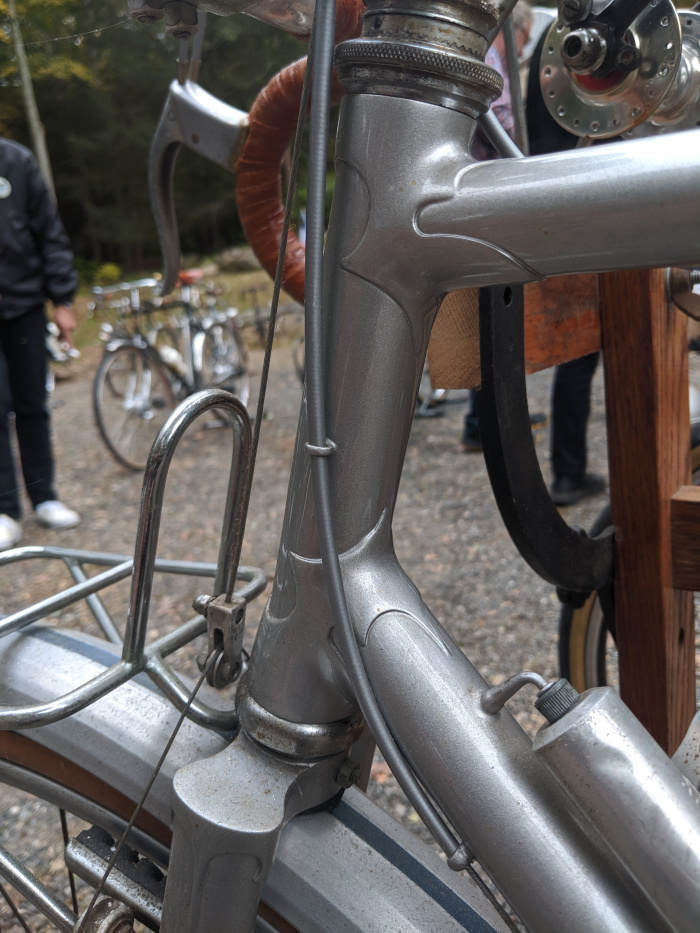 That’s more than just the usual Fall chill you feel in the air this week. The USADA’s release of its Reasoned Decision in the Lance Armstrong case, combined with admissions of doping from both George Hincapie and Levi Leipheimer, have served to frost a lot of pumpkins in cycledom. Happily, there are other things going in in bicycling, and we have three of them for you on today’s show.

What do you get when you cross beatboxing with cello playing and bicycling? Cello Joe, of course: the “wildest beatboxing cellist in the west.” Joey “Cello Joe” Chang has toured the U.S. and Mexico on his bicycle, with his cello in tow, playing a unique brand of classical-inspired music. Today Diane brings you a conversation about his adventures, along with a sample of his music.

Over the summer, there’s been a hive of activity in Cleveland’s Broadway Avenue neighborhood. Fast Track Racing, along with volunteers from the Cleveland cycling community have been busy constructing Ohio’s only velodrome. This week we welcome back Brett Davis, board president of the Cleveland Velodrome board to talk about the first couple months of operation, and what they have planned for 2013 and beyond.

Wrapping up, we check in with Bina Bilenky, who is busy putting the final touches on the Philly Bike Expo, which drops on October 27th and 28th. This year’s theme is “Artists, Activists & Alternatives”. Should be a great chance to see lots of cool cycling stuff in the freedom city.

The skies have turned sunny in northeast Ohio this weekend, which fits the mood of this week’s show perfectly. We have three guests who are simply wonderful people, each with a great story to tell.

Ron Burzese is a competitive cyclist who has raced in numerous Texas state championships, a world championship, and nearly qualified for the Athens Paralympics. And he achieved all this without eyesight! Ron is a blind tandem stoker who works as a certified travel instructor for other blind people. Along with a few other like-minded people, Ron started the U.S. Blind Cycling Connection a little less than two years ago. Bicyclingblind.org helps connect sighted captains with vision-impaired stokers, and opens up a whole new world for folks whose legs and lungs refuse to to obey the limits of their eyes.

During the news this week, we have a short, but fun conversation wth Bina Bilenky, who’s the organizer of the Philly Bike Expo, which is happening this weekend in Philadelphia, Pennsylvania.

And to wrap up the hour, the only person who could top a story like Ron’s is Maynard Hershon, and that’s exactly who we have in the second half of this week’s show. Maynard will bring us an amazing story that also happens to be 100% true. Not to be missed!