Happy boxing day – happy holidays – and I hope you are finding some time to relax!

We’ve got almost two feet of snow here in NE Ohio and it’s been just fine with me to take my time and put together what I think is a great show.

I want to start with asking if you have lived the life you want, following your dreams and finding the path that is satisfying and that feels right?

My first guest, Jamie Anderson, realized more than 20 years into a successful career with a wife he loved and three great kids, that HIS childhood dream hadn’t been fulfilled and, that it hadn’t diminished either.

His idol as a child was Greg LeMond – and, his circumstances pointed him away from a career as a professional cyclist into one of academics, teaching, and consulting. Our conversation is about what happened that lead him to that path not taken earlier in life and the message it offers all of us.

And, take a few minutes to listen to his Ted Talk!

You might remember that we spoke with Rob DeMartini, CEO of USA Cycling last week about the new Olympic Development Academy. This program is offered to those who are 16 and older.

But what about youngsters – those who are just starting to ride through the age where the ODA might be a place to move a talented rider towards and Olympic dream?

Sean Wilson has a lot of the answers to this question. He’s the founder and head coach at the Youth Cycling Association in Redlands, California. The YCA is a “national youth sports strategy champion,” and the first cycling organization to have the designation. 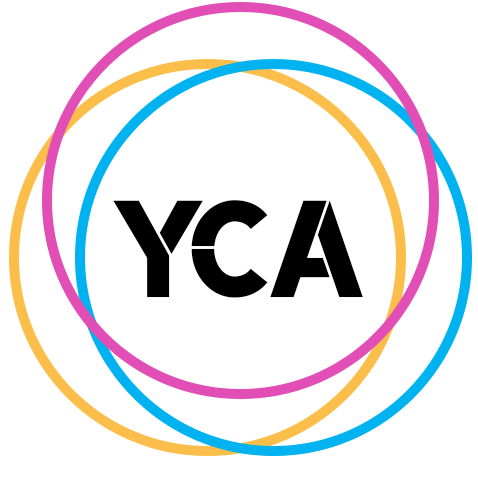 Coming from a racing background through an extensive and storied academic career, he is able to take his science into his coaching and training to get kids safely and more skillfully riding on two wheels.

Sean is an associate professor at Loma Linda University and combining his pro-racing career, his work in the medical field, and an abiding interest in getting young children on bikes safely, he is looking to bridge the gap for children to excel in bicycling and look to making it a life-long sport.

This week, I chat with three most interesting people – two expansive thinkers in totally different fields – one is “urbanism” the other is what he terms “economic sociology” and I bring back Dan De Vise whose book, The Comeback – Greg LeMond, the True King of American Cycling, and a legendary Tour de France, (which we reviewed when it came out in June of 2018) inspired Congressman Mike Thompson of California to introduce HR Bill #3589 to award Mr. LeMond the congressional gold medal – the second highest civilian award in the country.

I don’t think Greg LeMond was ever totally forgotten; but, I do believe he never really received the accolades and recognition he deserved as a true champion of our sport and of his conduct in the peloton.

Dan De Vise tells us the synchronistic way this honor came about and what happens next.

Then, James Madison University sociology Professor Ben Brewer, who grew up in Northern California during the “big boom era” of mountain biking and innovative frame building, studies and reports on social issues and how they are juxtaposed against economics – and his new case study is bicycle frame builders.

His survey to frame builders is about to close and, in addition to sharing that link with frame builders, I wanted to know what he wants to know.

Lastly, but definitely not leastly – Gabe Klein has been on my radar for a long time. I first learned about him when he was the Transportation Commissioner for Rahm Emanuel, the former mayor of Chicago.

Gabe’s thoughts and ideas about cities, transportation, and the broader ramifications of getting it all wrong make for a very interesting conversation.

We begin this evening’s show with the “The Boob Ride“… stifle those giggles for a second – or maybe not. This event is a very different animal from the usual raise-money-for-a-cause-ride.

Keeping it local, Jennifer Carey and Paul Self run the two locations of the Boob Ride to raise money for the “last mile of breast cancer treatment”.

Partnering with local social workers, all the registration fees from the Boob Ride are given to cancer patients who might need everything from a ride to treatment, a cart of groceries, or a mortgage payment, taking those daily burdens off of the patient’s shoulders so that she can go through the healing process.

We talk with Phil Deeker, the founder of the Cent Cols Challenges. Once again, not your ordinary events, Phil began the Challenges when he turned 50 as a way to celebrate – which will sound very unlike a celebration when he tells you about it.

And, finally, Gary Mikitin – who is the voice you hear when TOC opens and closes each week – reviews a new book that will be on the stands on April 2nd.

Nige Tassel’s Three Weeks, Eight Seconds: Greg LeMond and Laurent Fignon and the Epic Tour of 1989 is an in-depth look at not only this historic race; but also explores some of the travails that LeMond went through to get back into the peloton after being shot in the back by his brother-in-law and suffering a severe appendicitis attack.

Phil Southerland is the mighty force behind Team Novo Nordisk as well as a myriad of projects related to diabetes.

Diagnosed at the age of 7 months, doctors told his family he probably wouldn’t live much past his mid-twenties.

Phil discovered that riding and Snickers kept his blood sugar manageable, along with the proper insulin monitoring and dosing, and knew at an early age that his success as an athlete was something any Type 1 diabetic could aspire to with some guidance.

That knowledge has informed every aspect of his life and his outlook about exercise and diet are most enlightening. His goal is to share that outlook and he’s put together quite a repertoire of projects that further that goal.

Author and journalist Daniel De Vise had literally just landed for the start of his book tour in the western part of the country when I caught up with him this week.

Dan’s first two books had absolutely NOTHING to do with sports; but, his background as the son of a cyclist who came to the U.S. from the Netherlands and his memories of the glory days of America’s only Tour de France winner, gave him the inspiration to research and write – The Comeback – Greg LeMond – True King of American Cycling, and a Legendary Tour de France.

With tons of research and access to both Greg and his family, along with many of the excellent books about him as well as others who were part of his cycling career as guides, Dan has written a narrative that everyone – whether you love and follow our sport or not – will find compelling.

Tonight, we meet veteran frame builder and a man of great taste (especially in music and food!) Roland Della Santa.

Roland has stuck with his beliefs and ideas about frame building for over 40 years and still produces his classic Della Santa frames in the “Italian” tradition – steel, lugged, and FAST racing machines.

We discuss frames, forks, wheels, Roland’s relationship with Greg LeMond, and even our favorite musicians – Frank Zappa and Joe Bonamassa!

As for food – what would you expect? Italian in the Tuscany tradition!

Roland pulls NO punches about what he believes, how he builds frames, and what he thinks about today’s offerings in the bike biz.

In the second half of the show, it’s buckling down to “get ‘er done” with just two weeks until the gift giving holidays of Christmas and Hannukah.

So, I checked in with Gloria Liu, senior tech editor at Bicycling Magazine (as well as a consummate adventurer!) Gloria has some great gift ideas for you!

From small stocking stuffers to that one big “gift under the tree”, we will bring you some fresh ideas.

Editor-in-chief of Bicycling Magazine Bill Strickland is my guest and we have a GREAT conversation about a lot of cycling stuff – from his book Ten Points to the state-of-the-magazine.

Probably need to have a bunch more of these chats to get the whole picture!

Then it’s off to Mallorca, Spain where I catch up with Guy Andrews. The founder of Rouleur Magazine has just launched the definitive book spanning the entire career of Greg LeMond.

Yellow Jersey Racer is arguably the “coffee table book” gift for this holiday season. Guy found an amazing array of folks to cover each phase of Greg’s career – beginning in 1977!

There are photos and commentary heretofore never seen or read!

Sometimes, when you least expect it, things just fall into place and this week was one of those times.

Unbeknownst to me, a book was being written that would not only explain in detail who he is, but along with a prominent medical professional, why his career came to an early end.

This week, Elsevier Press released The Science of Fitness: Power, Performance, and Endurance, by 3-time Tour de France Champion Greg LeMond and Dr. Mark Hom; and, instead of an interview that rehashes the same questions he has been asked umpteen times, we were able to delve into who Greg LeMond is, what his racing strategies were (and are), and why this book might just be the best explanation of how to achieve lifelong fitness and good health.

After the hunting accident that almost killed him, Greg began to experience symptoms that were not explainable in any normal medical way until he had a biopsy that showed his Mitochrondria was being irrevocably impaired by the lead pellets that remained after the accident.  He was experiencing severe lead poisoning at his very core.

Dr. Mark Hom was especially able to relate to Greg LeMond in ways other athletes and medical professionals could not: he is not only a biologist, medical illustrator, and physician, as well as an avid cyclist who rides over 4,000 miles a year, his specialty is Mitochondrial diseases.

The conversation is lively, informative, and fun.

In the second half of the show, we talk with SRAM Technical Director of Neutral Race Support Jose Alcala.

Growing up in Michigan, Jose had the distinct privilege of working with one of the legends of cycling, Mike Walden. Famous for his ability to pick winning cyclists, Mike Walden taught much of what he knew to riders like Jose; and, from his experiences riding and racing for Mike on the famed Schwinn Wolverine Sports Club team, Jose went on to become a first class coach and mechanic.

Today, he manages the fleet of specially equipped Volvo wagons that make up the U.S. SRAM NRS support team. I ask Jose about neutral race support, the state of racing then and now, and what we might expect to see in the upcoming race season.

Fasten those toe clips folks – it’s going to be on helluva ride!