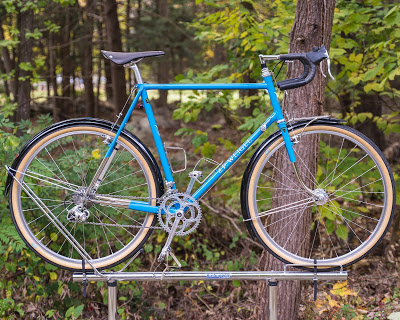 Guest List For This Episode In Order Of Appearance

As you may remember, Brian and I were off to Peter Weigel’s French Fender Day last week;  and today, I’ll bring you the first of what will be two shows with short, interesting conversations with people who stopped by the microphone during the event.

As you listen, you will hear some chattering of all the folks in the background. I decided to not strip that sound out of the recordings and, in fact, did almost no editing at all. 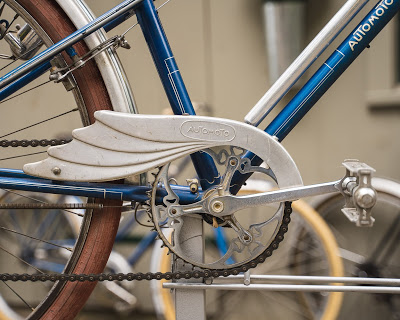 In these short exchanges that range from between 4 and 8 minutes , you’ll not only hear people you’ve listened to in the past like builders Johnny Coast and Jamie Swan, you’ll also hear from people who have an abiding interest in the craft of the classic French Fender Bike yet who don’t build bikes professionally – people such as Emily O’Brien from Dill Pickle Cycling Gear who is a professional musician and runs Randonneuring events on the east coast. Or, Bob Young who brought an exquisite 1/6th scale boat he built by hand.

One of the things I found both interesting and very gratifying was the age range of those who attended the event. There is not only a whole new group of younger builders; there is also a whole new generation of younger riders who seem to truly appreciate the beauty and craftsmanship of these exquisite machines. 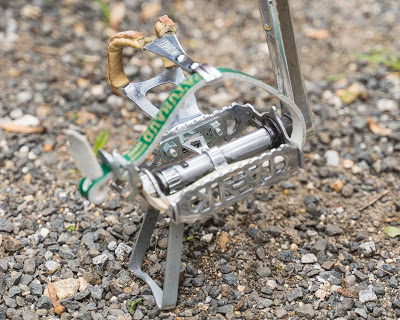 We’ll take short breaks intermittently during the show, but there are no formal pre-intros – each person who came up to the mic will be identified at the beginning of his or her commentary. If you go to the blog, outspokencyclist.com, the guests will be listed in the order in which they appear on the program.

At the end of the interviews, Peter Weigel himself will wrap-up the weekend with his thoughts about how it went with a note about how it all started back in 2010.