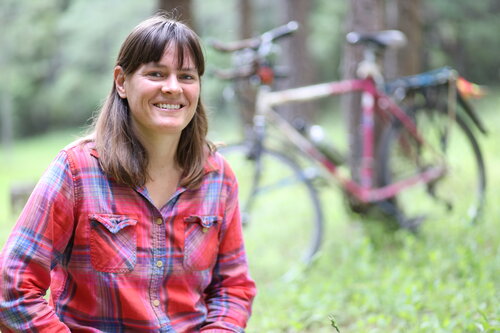 In July of 2017, I spoke with wildlife biologist Sara Dykman. At that time, she was embarking on a 10,000 plus mile journey to follow the migration of monarch butterflies – by bicycle.

Starting in Mexico, bicycling up to Canada and then to the east coast of the U.S., she made the return trip to Mexico to complete a full migration cycle.

I caught up with Sara Dykman where she alighted in northern California for a bit.  In addition to writing a book, Bicycling with Butterflies, she’s begun a series of 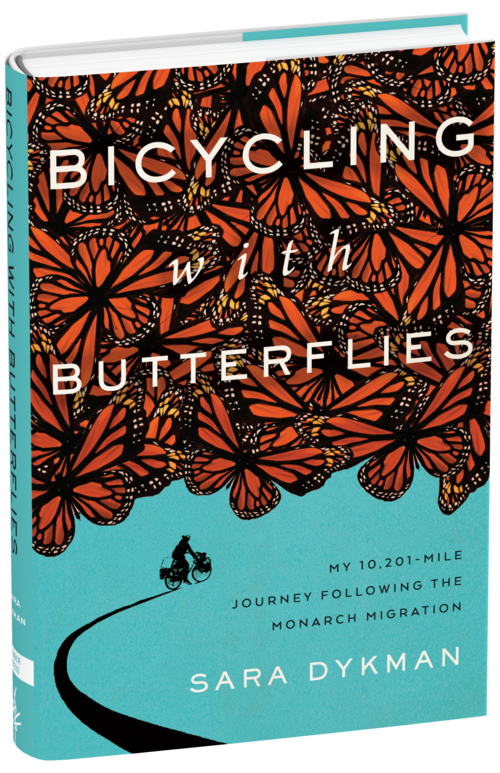 virtual chats about her trip and the book and is thinking about her next adventure.

Signed copies of her book and information on the Ottawa National Wildlife Refuge virtual discussion and book club package can be found on  the Ottawa NWR website.

Then, we check in with Selene Yeager. Bicycling Magazine calls her the Fit Chick, and so do a lot of others.  But, she’s gone so far beyond that title with a podcast, a multitude of articles, and several books.

Among her many projects are a follow-up to her book ROAR and her podcast  Hit Play, Not Pause – which she says is for Feisty Menopause podcast for active, performance-minded women who aren’t willing to put their best years behind them.