My first guest lives in Wasilla, Alaska. And, if you think back a few years, that should sound familiar. (I’ll leave it at that for now.)

I always think of Alaska as being exotic and so far away. I know many of you have been there, but I haven’t. So, almost like being there, we’re going to talk with AJ Roan.

AJ writes for North of 60 Mining News and you might wonder what we’d have to talk about since his work is in mining – which is another whole topic we don’t get into a lot in our conversation. His article, titled 1000 Miles Ride From Dawson to Nome, is what grabbed my interest.

What we DO talk about is a gentleman named Edward Jesson who lived in Alaska at the time of the Great Gold Rush.

In 1899 Edward Jesson was a successful businessman. It was during the time of the insanity of the Gold Rush and thousands of people were heading to Nome, Alaska to stake a claim. It was also the beginning of the new-fangled safety bicycle – similar to what we know today.

Edward decided to sell all his belongings, buy a bicycle – something he didn’t even know how to ride at the time – and ride from Dawson City in the Canadian NW to Nome – 1,000+ miles.

We’ll speak with Chris Carmichael of CTS Training Systems out in Colorado Springs in the second of our 4-part series about training. Today we talk about cadence, how and why it’s an important indicator of your performance, and how to determine what is optimal for you.

Then, we head on over to Pittsburgh. Yes, Browns fans, you can gloat about football, but when it comes to a great advocacy organization, I think Pittsburgh is probably at the top of the list.

It’s been over 7 years since we spoke with Scott Bricker the executive director of Bike Pittsburgh, and I 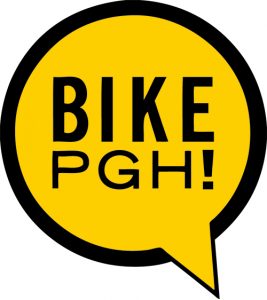 thought it was high time to see what the organization is up to these days.

Along with some great events, the organization does a remarkable job with combining advocacy, community building, and education addressing just about every aspect of urban cycling.