This week’s show is short – one conversation and some current news.

For many of you, it might seem as if we are beating the topic of inclusion in our sport to death; but, whether you ride with a club, race on a local team, or enter any of the many many events that will come back this cycling season, I would venture to say that the riders who participate with you also probably look a lot like you.

And THAT is what many people in the bicycle world – from local advocacy groups to manufacturers and everyone in-between are trying to address in one form or another.

In the broadest sense, 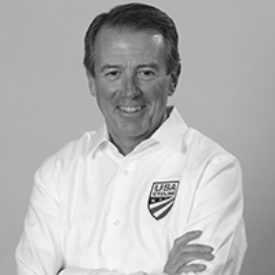 and his organization, USA Cycling are trying to take on the topic in a way I haven’t yet seen and, I believe it has some merit.

As a bit of background, we recently spoke with Kendall Young who was suggesting that the UCI and by extension, USA Cycling should pull the Cross World Championships out of Arkansas, stating that the draconian transgender youth laws the Arkansas legislature passed need to be acknowledged with boycotts and other visible as well as financial means.

In counter-point, Rob DeMartini will explain why that isn’t a good idea and

what USA Cycling is suggesting.

In addition, Rob fill us in on the latest about the upcoming – we hope – Olympics and the new “We Champion” initiative that will launch in two weeks.

I also wanted to offer up a GREAT video presented by Shimano as a way to bring in a little love and humor.  I LOVE love love dogs and Shimano nails it with their 9 minute video “A Dog’s Tale.”