Oh, it’s a long one today… but worth the listen!

As promised, we are going to wrap-up the weird pro racing year that was 2021 with Steve Maxwell and Spencer Martin from the Outer Line. Beginning with Paris-Roubaix, which is normally a spring classic but of course, things being as they are, ended up a fall event and ending with a conversation about sports washing – a term I wasn’t really aware of in its full meaning – we talk about a wide array of topics.

So, my new term for the week is sportswashing. I hadn’t heard of the term until my conversation with Steve Maxwell and Spencer Martin from the Outer Line, but I certainly understand the concept – that of using sport to cover-up injustices in a country for example.

It would be so nice to just let sport be sport – especially cycling – which in its simplest form could be a connecting power instead of one that is used for political gain.

In their weekly “Air Mail” newsletter, Steve Maxwell and Spencer Martin from the Outer Line offer a thorough analysis into the sport of cycling in a matter-of-fact and insightful way. In the wake of everything that has gone down in the past two years – from the effects of the pandemic on riders and teams to the desire to expand cycling at a professional level across the globe – Steve and Spencer have studied, analyzed, and reported on each and every step.

If you want to see some really cool videos of a master frame builder, go to YouTube, Instagram, or FaceBook and type in Brian Chapman or Chapman Cycles.

I’m not a frame builder, but I find some of the innovative work that Brian is doing fascinating!

Today, we go back to my interview with Brian from October, 2018 and, hopefully, I can get Brian back on the show to talk about how he has developed these viral videos in the near future.

Want to hear the best bicycle pick-up line ever? 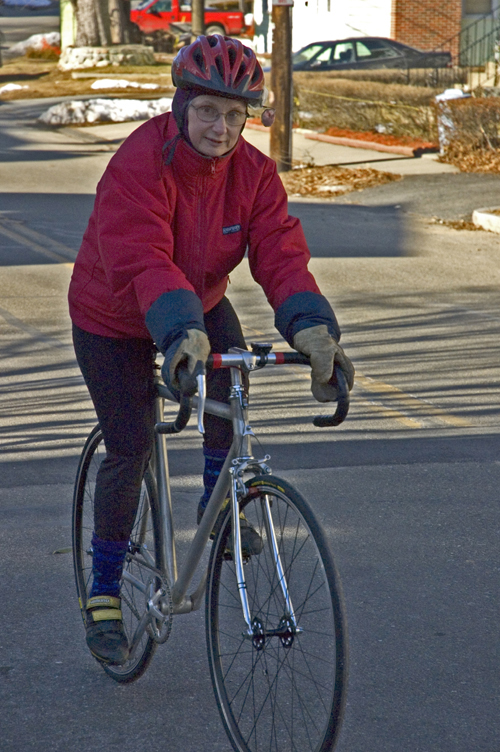 Harriet Fell chased down Sheldon Brown on a ride in 1979 and her first words to him were “you’re riding fixed gear aren’t you? and the rest as they say, was history. 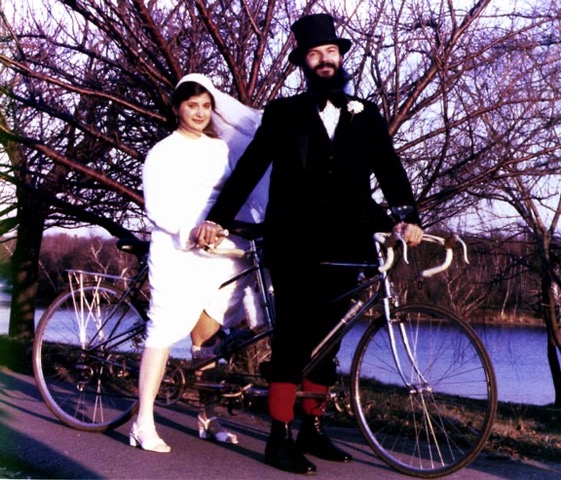 So fast forward to June 13, 2021 when Harris Cyclery, in Ma. – the home of Sheldon Brown.com – announced its closing – the shock waves could be felt throughout the cycling world about what was going to happen to Sheldon Brown’s immense archives AKA sheldonbrown.com.

In fact, since Sheldon passed away in 2008, the site, which belongs to his wife Harriet Fell, has been lovingly and painstakingly managed by both Harriet and

So, I reached out to Harriet and John to have a chat about the site.

But, as I began to look into Harriet Fell – DR. Harriet Fell actually -I found someone much different from who I expected. So much for expectations!
Harriet has a PhD from MIT. She was a tenured professor in mathematics but moved over to the college of computer science at northeastern university as computers became more mainstream. She retired after more than 50 years with an amazing array of accomplishments in her fields of study.

Almost more interesting though is her history with bikes – from building an aluminum fixie frame in 1971 that ended up in France for many many years and became an important piece of an industry lawsuit, to riding 8,000+ miles in 2020. And, she turns 77 this year.

Joined in the second half of our conversation by technical writer John Allen, I think you will truly appreciate this amazing woman!

In the second half of the show, we check in with The Outer Line‘s Spencer Martin and Steve Maxwell for a preview of the Tour de France and some thoughts on the 2020 – now 2021 – Olympics and how the U.S. is and has chosen our team.

As Stage One gets going today, Spencer is pretty certain there are only a couple of riders strong enough to stand atop the podium in Paris in three weeks.

And, Steve and I once again discuss the absence of cycling on mainstream media and how our sport would so benefit from it.

We have two great guests today as well as a splendid book review of Dr. Stephen Fabes, Signs of Life. 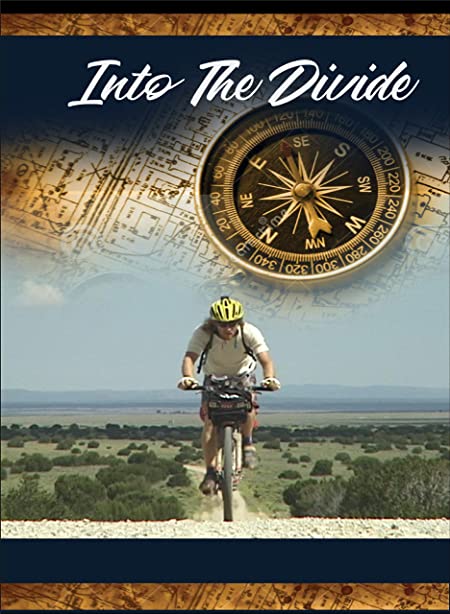 My first guest is a mountain bike hall of famer, he holds long-distance records, and recently an Amazon Prime video –Into the Divide – was released commemorating his ride from Canada to Mexico 21 years ago. Billed as Man vs man, man vs nature, and man vs self,  rode the 2465 mile bike trail – because he loves pushing the extremes.

In fact, If it’s the longest, the most arduous, and, the most challenging – John Stamstad either has done it or wants to do it! And, with humility! He just doesn’t see how remarkable his feats of distance really are!

Once again, we check in with our friends at The Outer Line – Steve Maxwell and Spencer Martin.

In this new era of COVID and with a compressed and shortened racing season underway, we discuss whether the riders need a union, what sponsors are feeling and doing, and what might bring new life to bike racing – especially in the U.S. 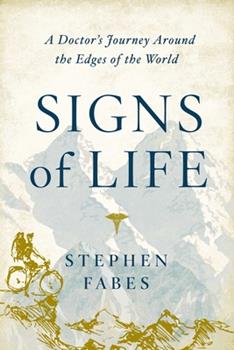 Finally, Gary Mikitin is back with his review of emergency physician, Dr. Stepehn Fabes’, new book, Signs of Life. Dr. Fabes travelled more than 53,000 miles, crossing 102 international borders by bicycle discovering how societies treat their most vulnerable in a thought provoking and witty medical odyssey.

I’m sheltering in place – washing my hands when I do go out and come back in- and taking every precaution to stay safe, I have to give BIG props to our Governor – Mike DeWine – and his team for taking a firm stand on what is best for us in Ohio. I think we’re staying ahead of that curve and we know is spiking all over the country – and the world.

This week, I’ve got two conversations and I’m excited about both of them. 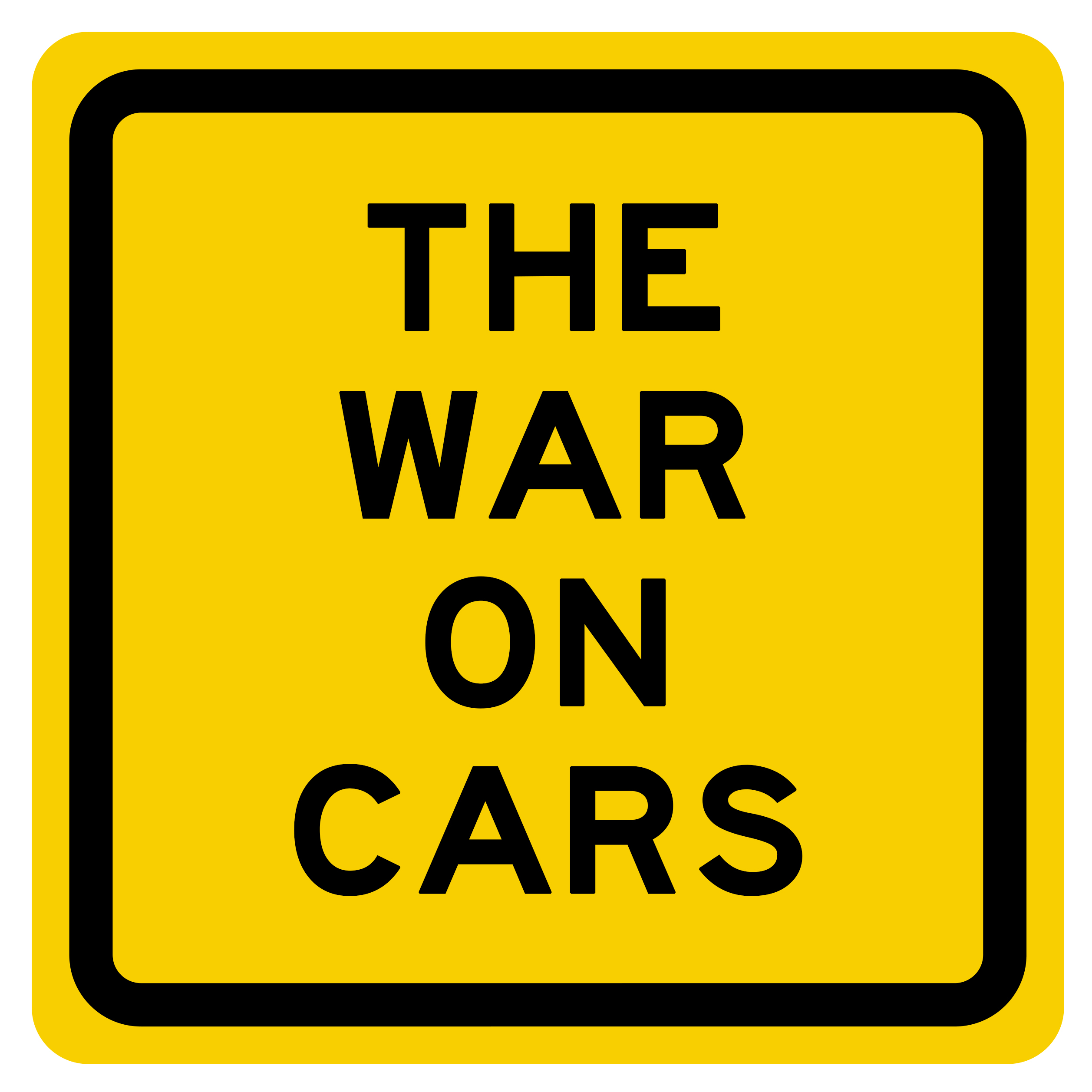 Sarah Goodyear is the co-host of a really cool podcast titled The War On Cars. The show emanates from NYC and is focused on NYC. What is super interesting about it though is an approach to the subject that looks outside the usual box for topics, guests, and stories. For example, taking the 14th Street bus with two local television celebrities to discuss how the traffic pattern on the street has changed. Or, talking with Car Talk’s Ray Magliozzi,  one of the brothers from the original Car Talk.

Then, we’ll speak with Steve Maxwell and Spencer Martin from The Outer Line. The creators of the popular column in Velo News have been looking at what’s happened to the 2020 pro cycling season and see some very different outcomes than just a bunch of cancellations to races. In fact, the entire face of pro cycling might just morph into something completely different from what we’re used to seeing.