Okay, let’s start with Dr. Hersch. We had already decided we were going to discuss what happens in crashes and emergency-type treatments when he had an incident last Sunday that really disturbed him; and, he wanted to discuss it.

Fortunately, he wasn’t injured and he didn’t crash – but, what MIGHT have happened has spurred him to take on an advocacy role in the his home state of Florida – which touts the depressing statistic of being the deadliest state in the U.S. in which to ride your bike. We’ll get to that conversation in a moment. 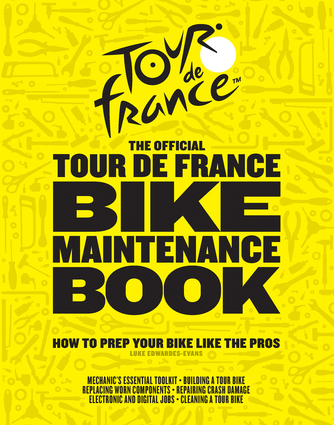 After a break, including some cycling news, we’ll head to the U.K. for a long-awaited chat with Luke Edwardes-Evans about his new book, The Official Tour de France Bike Maintenance Book.

Luke isn’t a mechanic, he’s a journalist; and, I couldn’t remember where I’d seen his name, besides on the cover of the book.

But, as we started talking I realized – he had been editor of Winning Magazine and a past editor of Cycle Sport!
Luke and I cover a lot of territory in our lively conversation- including some of his roles in the cycling world and, oh yes, we talk about the book too!