It is a very special day for me – the 9th anniversary of the Outspoken Cyclist show. Today’s episode is #469 and I am so proud and grateful to have been able to do this work for so long.

In the past week or so, as I’ve shared this anniversary with some folks, I am told that I am a “veteran” of the medium – podcasting – and, in retrospect, I guess that is true.

What is so interesting to me though? It’s how every week there are so many new stories and new people to fill the hour of time. Sometimes, it even feels like work! Yet, for the most part, there isn’t anything I think I would enjoy more than to continue to bring this show to you each week.

So, thank you – for listening, for your comments, and especially for your loyalty and encouragement.

As promised, Chris Carmichael, who is the founder and head coach at CTS – Carmichael Training Systems, is with me to talk about regaining your confidence after a crash. While much of the conversation pertains to riding with others in a group, there are some noteworthy tips for all of us about skills and handling – whether riding alone or racing in a peloton.

Then, we have our man-on-the-ground Gary Mikitin with us to talk about an announcement made just Thursday by the Department of the Interior about eBikes in the National Parks. You will recognize Gary’s voice as that of the person who opens and closes the show each week. 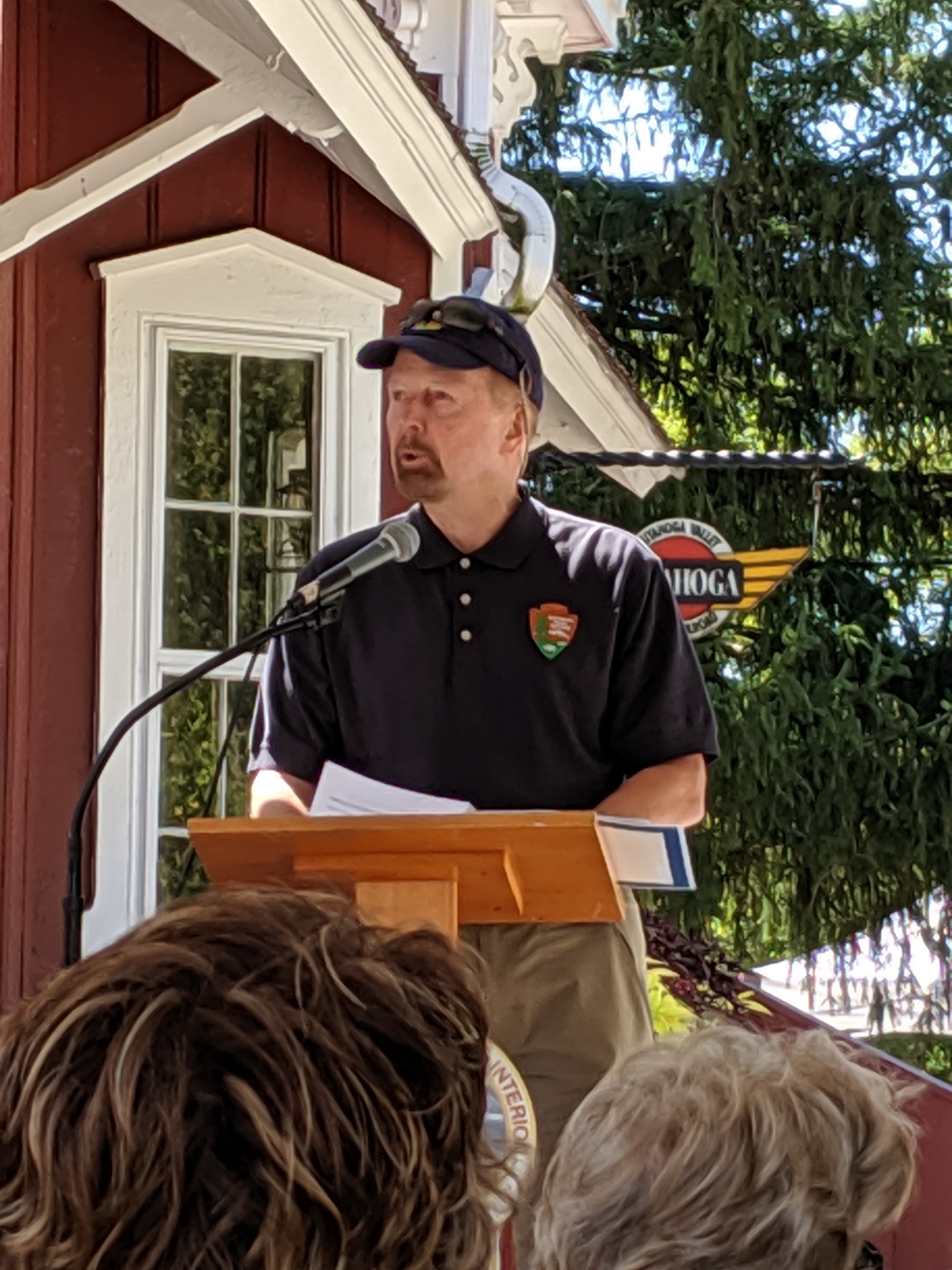 [Photo of Asst. Secy., of the Interior Rob Wallace by Gary Mikitin]

The Dept of the Interior chose our CVNP as the venue to make the announcement and Gary was there.

Finally, we head south to Atlanta to speak with Tim O’Mara. Tim and his wife Becky bought a fixer-upper on the west side of Atlanta a few years back. But, as fate would have it, a young neighborhood girl knocked on their door soon after they moved in asking for some help. And, the story takes off from there.

Today, Tim and Becky run Bearings Bike Shop – a non-profit organization that gives kids the life skills they will need to be successful – at whatever they choose.