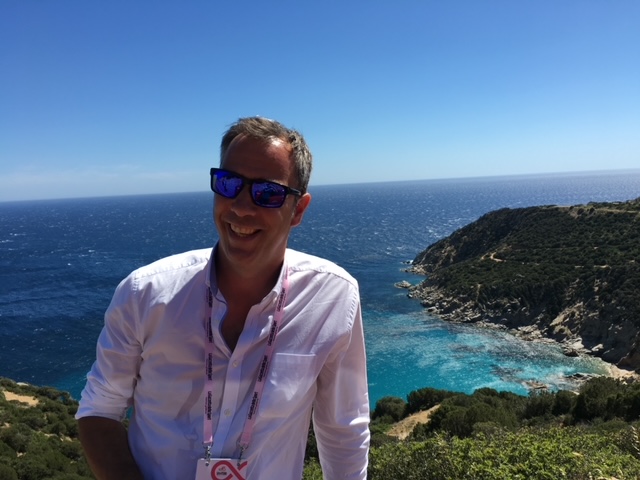 This week, we welcome one great guest to the show – someone who has a wide and deep knowledge of the UCI AND the peloton.

As you know, there was a lot of controversy in this year’s Tour de France about all the incidents – beginning with day one’s crash from a spectator leaning into the peloton and taking out the lead rider, causing the domino effect.

And, outside the race, there have been numerous discussions among professional fitters about what else might be causing so many riders to crash – from the size of the bikes and the kind of equipment the riders are using to the levels of skill and a lack of respect that newer riders on the world tour are bringing to the competition.

So, I decided to go to the source, and today, my guest is Vincent Jourdain.

Vince was in charge of Race Operations for the UCI from 2016 until earlier this year; and was National Coach for Canada for 15 years.

His duties were far reaching – from the organization of each event to fielding actionable complaints and incidents during an event.

Today, with everyone having a video camera in his or her pocket, and the wide reach of social media, every race can be fraught with issues that might need adjudicating. It’s a BIG job.

What happens when there’s a crash or a motor vehicle gets in the way? What is the process and who decides what is to be done?

Are riders coming to the world stage too early or without going through the proving grounds of local, state, national, and eventually world tour steps?

And, then of course there is the equipment – what happens when something breaks or there is an equipment failure and how does the UCI determine what is acceptable?

And, does the industry place too much pressure on the UCI to accept certain products or product categories?

These are all questions I put to Vince and, I think you will not only enjoy this conversation, but learn a lot about how professional racing is done!.