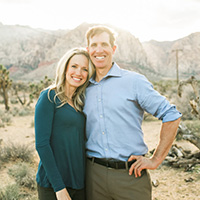 When you look up the word entrepreneur in the dictionary, it would NOT surprise me if Jared Fisher’s face was what you saw.

Riding, performing, and producing BMX trick events from the time he was 10 until he was 27, Jared Fisher is now the owner of multiple bike shops, Escape Adventures, a 30 year old touring company that specializes in mountain bike and mutli-sport tours, and has his sights on the Governorship of Nevada.

list for many years and that came to fruition late last summer… wait til you hear about THAT.

His energy is palpable and contagious and our conversation covers the gamut at 51 he has accomplished so much and yet has so much more he wants to do.

If you are interested in reserving one of the huts on the Aquarius trail, you can log on to aquariustrail.com. And, for more information about Escape Adventures – yep you got it… escapeadventures.com. And, to learn more about the man himself… as well as his wife Heather, go to
escapeadventures.com/contact-us and scroll down.

Before we go, I’d like to read you a short piece about the State of Texas vs Victor Kevin Tome. It’s a win for bicyclists out of a horrible situation resulting in unbearable loss.

The charges stem from the events of March 25, 2017, when Tome drove his vehicle into a group of cyclists, killing 2 of them. Witnesses testified that Tome was driving towards several bicyclists training in Waller County on Buller Road. Tome struck five innocent victims while purposely maneuvering his car towards them. He killed Craig Tippit and Keri Guillory. Tome fled the scene and hid in a local house until his arrest later that afternoon. Tome plead not guilty by reason of insanity. A military psychiatrist, Michael Arambula, testified for the prosecution against three defense experts on the issue of insanity. Arambula found that the defendant suffered from psychosis due to extensive abuse of ecstasy, marijuana and alcohol. The jury took a little over an hour to convict Tome of all counts.

On the charge of Capital Murder, Tome was sentenced to life in prison without parole by the Court. The State was represented by prosecutors Sean Whittmore and Warren Diepraam. The Honorable Albert M. McCaig, Jr. presided over the trial. District Attorney, Elton Mathis would like to thank the jurors for their diligent service, as well as the court staff and law enforcement officers who assisted with the investigation and trial. Mathis stated, “Waller County is a peaceful rural county, and people committing crimes of this nature will be held accountable by the citizens. We hope this conviction will help the families of the victims in some small way. The pain that they have suffered is unimaginable.” Tome will never be eligible for parole.

So while we may claim some victory for the 2017 crash, we are still watching the most recent multiple victim crash investigation that occurred in the same Texas county, injuring 6 riders. .

This time, a teenage driver decided to coal-roll the cyclists before running into them.

I would like to ask you to go to our sponsor’s website – bikelaw.com and click on the blog at the top of the page. Read the entry titled “Coal Rolling Texas Truck Driver Plows Into 6 Cyclists” because, in addition to explaining what is happening in the case, Rachael and Peter explain some very important elements of this crash and what you can do to protect yourself if you ever find yourself in a similar situation. It’s a must read for all of us.